Spain: Case against Jordi Sànchez and Jordi Cuixart should be dismissed 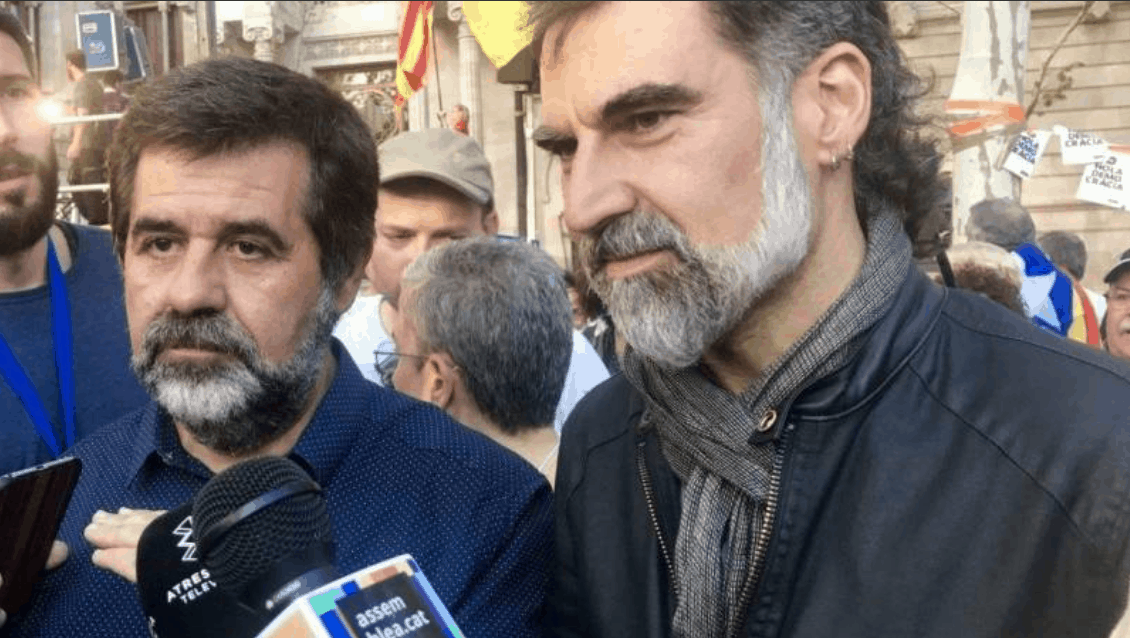 As the trial of writers and Catalan civil society leaders Jordi Sànchez and Jordi Cuixart comes to an end, PEN International once again calls on the Spanish authorities to release them immediately and to drop the charges of rebellion and sedition against them.

‘Jordi Sànchez and Jordi Cuixart face the possibility of 17 years behind bars for their rights to freedom of expression and peaceful assembly. PEN reiterates our demand that charges of charges of rebellion and sedition be dropped and their long detention be brought to an end,’ said Jennifer Clement, President of PEN International.

‘Jordi Sànchez and Jordi Cuixart have already spent 20 months in prison. The Spanish judicial authorities have repeatedly refused to release them, with the Constitutional Court rejecting an appeal from Jordi Cuixart as recently as last month. We urge the authorities to release them immediately and to respect their right to peacefully express their opinion,’ added Salil Tripathi, Chair of PEN International’s Writers in Prison Committee.

Writers and Catalan civil society leaders Jordi Sànchez and Jordi Cuixart were taken into custody on 16 October 2017 on charges of sedition and were subsequently charged with rebellion in March 2018.

They stand accused of calling on protestors to gather in front of governmental buildings in Barcelona on 20 and 21 September 2017 in order to obstruct searches for electoral materials, and for ‘encouraging, supporting and leading’ sedition through participation in Catalonia’s independence referendum on 1 October 2017.

Their trial opened on 12 February and is due to end on 12 June 2019. In total, 12 Catalan leaders involved in the referendum are being tried for rebellion, misuse of public funds or disobeying the state. Spain’s Supreme Court is expected to issue its verdict in the coming weeks.

On 27 May 2019, the UN Working Group on Arbitrary Detention condemned the detention of Jordi Sànchez and Jordi Cuixart. It called on the Spanish authorities to release them immediately and to accord them an enforceable right to compensation and other reparations, in accordance with international law. The authorities rejected the findings of the report.

When Covid closed the library: staff call every member of Victorian library to say hello