Iran: Call for immediate release of Nasrin Sotoudeh, human rights lawyer and activist, who is gravely ill while on hunger strike 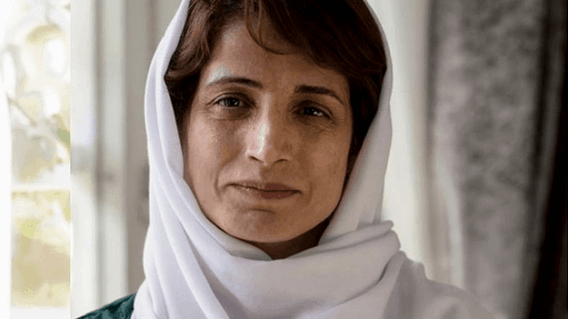 PEN International is gravely concerned over the health and wellbeing of prominent Iranian writer, lawyer and human rights activist, Nasrin Sotoudeh, who has been on hunger strike in protest against the dire prison conditions that political detainees in Iran continue to face during the COVID-19 pandemic.

Nasrin Sotoudeh, who herself is unjustly incarcerated in Evin prison for 38 years in retaliation for her work as legal representative for human rights victims, has been on hunger strike since 11 August in protest against the disgraceful treatment of political detainees in prison throughout the country. While Iranian authorities have belatedly released some prisoners in recognition of the threat posed by COVID-19 on detainees already enduring harrowing prison conditions, many political prisoners remain incarcerated. Several other detainees, including Rezvaneh Ahmad Khanbeigi, have joined Nasrin on hunger strike.

This is the second hunger strike to have been undertaken by Nasrin Sotoudeh this year in support of the release of political prisoners during the COVID-19 pandemic. In response to her selfless activism, Iranian authorities have continually harassed her family, arbitrarily arresting Nasrin’s daughter, Mehraveh Khandan, on politically motivated charges on 17 August. In response to the targeting of her daughter by Iranian security services, Nasrin has given up her visitation rights. Despite the bravery Nasrin has shown in the face of repression by Iranian authorities, her health has continued to severely deteriorate while on hunger strike, with her husband reporting that she has been taken to the cardiac unit of Talefani hospital on 19 September due to heart problems and other health issues. PEN International has also received shocking reports that the security team overseeing her treatment in hospital have assaulted her while she was confined to her wheelchair.

PEN International joins our Centres, including PEN America and Swedish PEN, in their call for the immediate and unconditional release of Nasrin Sotoudeh, urging that she receives vital medical care free from intimidation. All acts of harassment against Nasrin and her family must be ceased at once, and the charges against her quashed, bringing an end to the use of the judiciary as a tool of repression and coercion against those seeking to better the lives of Iranian citizens. We also join the Office of the United Nations Office High Commissioner for Human Rights in its call for Iranian authorities to immediately release all political detainees, whom are frequently targeted for expressing critical views and incarcerated without sufficient legal basis.

Please send appeals to the authorities of the Islamic Republic of Iran:

Supreme Leader of the Islamic Republic of Iran

Head of the Judiciary

President of the Islamic Republic of Iran

Send copies to the Embassy of Iran in your country: https://embassy.goabroad.com/embassies-of/iran

PEN members are encouraged to:

** Please keep PEN International informed of any action you take in regard to Nasrin Sotoudeh’s case, including any responses you receive from the authorities **

For previous actions by PEN International on Iran, click here.

PEN International is alarmed about the large number of writers and activists in Iran who have been detained or imprisoned solely for exercising their right to freedom of expression. Lawyers such as Nasrin Sotoudeh are doing invaluable human rights work by representing suppressed voices in a time of veiled judicial crackdown on civil society in Iran. She is a symbol of civil courage to many around the world. A mother of two, she was previously arrested in 2010 and sentenced to 11 years of in prison 2011 on similar charges. She was released in 2013 after increasing international condemnation. Since the revolution of 1979, Iran’s powerful clergy establishment have remained in control of the state. Arrests, tortures and enforced disappearances of dissidents have become a pattern in Iran in recent years.

PEN International’s 2019 Case List includes a number of writers in prison and on trial in Iran. This is in violation of the Islamic Republic of Iran’s obligations under international human rights law, mainly through restricting the rights to freedom of expression, association and peaceful assembly. PEN International’s concerns for these imprisoned writers is made more acute considering the health threat posed by the COVID-19 pandemic and reports of violence in prisons.

‘We are living in hell.’ @FarhadBandesh

As we call for an end to offshore suffering, we don’t forget the 500+ recently stranded in community without support or those in APOD’s wasting away

... They’re all humans, and freedom is their right. Let them go

Support Freedom of Expression in Australia and Globally

PEN Melbourne acknowledges the support of 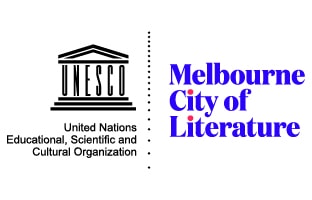