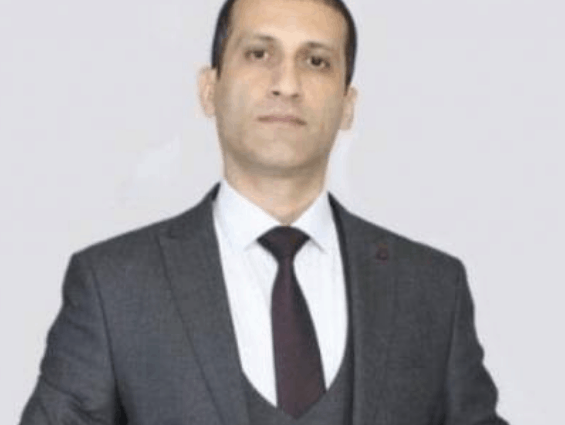 PEN International is highly concerned about the arrest and continued detention of reporter, lawyer and human rights defender Elchin Mammad. On 30 March 2020, a few days after Mammad published a critical report on the human rights situation in Azerbaijan, police arrested him at his home, claiming to have found stolen jewellery in his office. The next day, Sumgait City Court remanded Mammad in custody for three months as a criminal suspect. PEN International believes his arrest and detention to be politically motivated.

‘Mammad has been the subject of harassment and intimidation by the authorities for his work since 2015. PEN International fears that he is again being persecuted for his critical reporting and human rights activities and calls for his immediate and unconditional release,’ said Carles Torner, Executive Director of PEN International.

Elchin Mammad is the founder and editor-in-chief of the Yukselish Namine newspaper, which supports the activities of civil society organisations in Azerbaijan and publishes articles on human rights, freedom of speech and of the press, as well as information about citizens’ access to information, among other topics. Currently, it is published online only. Prior to his work for Yukselish Namine, Mammad worked as editor and correspondent for other newspapers.

In addition to his journalistic activities, Mammad is a human rights lawyer and the president of the Social Union of Legal Education of Sumgait Youth (SULESY), an organisation that provides free legal assistance to low income families and legal support for local NGOs, and undertakes legal capacity-building activities for civil society actors.

Mammad has faced harassment and intimidation by the authorities since 2015. He has repeatedly been under judicial or law enforcement investigation involving several alleged crimes. In this context, Mammad has been interrogated and has had his house and office searched on multiple occasions.

The persecution by the Azerbaijani authorities of Mammad fits a pattern in which critical voices are targeted with politically motivated arrests on spurious charges, extended pre-trial detention and custodial sentences. Prison conditions in Azerbaijan are very poor, a situation that is likely exacerbated by the measures taken in the context of fighting the COVID-19 pandemic. Media in the country are under tight government control, and the majority of independent outlets have been forced to close or go into exile. Those still operating face police raids, financial pressures and prosecution of journalists and editors on trumped up charges.

The crackdown on dissent appears to have intensified recently, with the Coronavirus outbreak being used as an excuse to threaten opposition voices. On 19 March 2020, in his yearly address to the nation to mark the Novruz Bayrami holiday, President Aliyev promised “new rules” for the duration of the pandemic, threatening to clear the country of “traitors” and to “isolate the fifth column”.