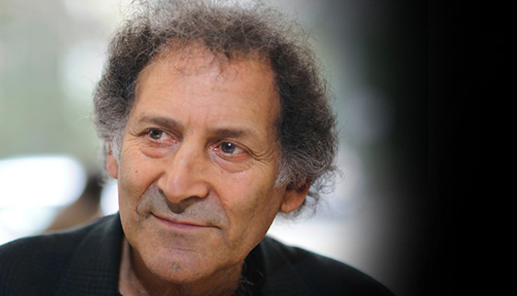 Advocacy is very often about telling stories that struggle to be heard. An experienced advocate and storyteller both, Arnold Zable will be giving a workshop as part of the Wheeler Centre Anniversary Series this month. He spoke to Deanne Sheldon-Collins about some of the issues he will cover in this workshop, including the importance and complications of writing for social justice.

Your ‘Story and Advocacy’ workshop will look at story, commentary, and advocacy across genres, from investigative features to fiction. Do you think that particular genres are more suited to advocacy than others?

Very difficult to say. In the short term, in responding to immediate human rights abuses and social justice concerns, I would say that opinion pieces and features in the mainstream press and social media are the most effective. In the longer term, all the genres can come into play. What unites across the genres is the humanising power of story. George Orwell’s ‘1984’ and ‘Animal Farm’ and Kafka’s ‘The Trial’ are at the other end of the spectrum that runs from social commentary through to fiction. Novels such as these are as relevant today as they were when they were written and they address, in subtle ways, ongoing universal concerns with social justice.

Writers throughout history have often addressed social issues subtextually rather than explicitly, especially in cultures where censorship is a constant threat. Do you think that this approach is as effective as writing openly about social justice?

Sometimes, as you suggest, addressing issues subtextually can, to put it bluntly, enable a writer to avoid harassment and even imprisonment. Whether issues of social justice are addressed subtextually or directly, it requires courage to write in repressive societies. There have been some wonderful examples of writers developing a subtle literature of protest as, for example, in Eastern Europe during the Cold War period, and in all too many other countries today where censorship is at play. Stories and novels circulating underground create a subculture of dissidents who keep the flame of freedom alive. More contemporary tactics include the use of Facebook aliases to get across dissident views.

As for effectiveness: it is not an issue of what is most effective, as a matter of what is possible in given circumstances. PEN International deals with up to 1000 cases at any given time of writers who are imprisoned, harassed, persecuted and, in some cases, murdered for pursuing their craft.

Freedom of expression is still an enormously topical issue, and one that you must come across often in your work with PEN Melbourne. Are there any situations in which you think censorship can be justifiable?

This is not a question that can be answered easily, and in just a few sentences. There are race hate laws in place that attempt to deal with the margins, to define the outer boundaries, in order to protect those individuals and segments of society subject to bullying and to inaccurate, false, and divisive claims and assertions, designed to stir up hatred and division. Defining the boundaries is extremely difficult. PEN International, which has been defending freedom of expression for almost a century, has its own qualifications, stated within its charter, which I include below:

‘PEN stands for the principle of unhampered transmission of thought within each nation and between all nations, and members pledge themselves to oppose any form of suppression of freedom of expression in the country and community to which they belong, as well as throughout the world wherever this is possible. PEN declares for a free press and opposes arbitrary censorship in time of peace. It believes that the necessary advance of the world towards a more highly organised political and economic order renders a free criticism of governments, administrations and institutions imperative. And since freedom implies voluntary restraint, members pledge themselves to oppose such evils of a free press as mendacious publication, deliberate falsehood and distortion of facts for political and personal ends.’

Your workshop will explore storytelling as a craft that unites genres and purposes. Do you think that a story is ever ‘just’ a story, or does it always have a deeper meaning?

A story does not always necessarily have a deeper meaning. I love many aspects of the craft: the playing with language, the release of the imagination that comes with the art of story and the challenge to keep a reader with you. Having said that, many stories which may have been written without any intention to push a cause or to be imbued with meaning, still convey meaning. So many stories takes the reader into worlds they do not know or have never imagined. Just the choice of subject matter can have deep meaning – the choice, for instance, to write stories set in the immigrant communities in Melbourne’s western suburbs brings new voices and perspectives into the public domain and conveys the dignity and humanity to their subjects. One of the exciting aspects of current Australian literature is the emergence of new writers from many communities, including what I would call a renaissance in Indigenous writing with writers such as Kim Scott, Alexis Wright, Bruce Pascoe, and Melissa Lukashenko.

Which works have left the greatest impression on you, as pieces of advocacy or as stories?

The works of Kafka come to mind immediately. His novella ‘Metamorphosis’ is, in my view, the most powerful, moving, darkly comic story that I know of. It speaks to the bullied, the neglected, the disabled, to those who do not fit in, and to human neglect and cruelty, yet does so subtly, metaphorically and with dark humour. His novel ‘The Trial’ speaks to countless universal instances of bureaucratic and political cruelty. As I write, the impending execution of Andrew Chan and Myuran Sukumaran come to mind – as victims of a Kafka nightmare of the worst kind. I am also an admirer of the deep humanism that writer, novelist, and social advocate John Berger brings to his work across genres ranging from essay to fiction. Vassily Grossman’s extraordinary novel ‘Life and Fate’ and his final work ‘Everything Flows’ expose countless injustices of Stalinism, and the horrors of war, and his novels explore what it means to be human.

It strikes me that most of the works I have chosen here are works of fiction. Many examples of fiction that explore issues of social injustice come to mind, the works of Afro-American novelist James Baldwin for instance. Yet I can readily think of many powerful works of creative non-fiction, such as the books of Henry Reynolds, and W.E.H. Stanner’s ‘The Great Australian Silence’, focusing on the history of social injustice against Indigenous people, and Rachel Carson’s seminal ‘Silent Spring’, on the devastating impact of unregulated chemical pollution. Note the use of silence in the titles. The most powerful stories that address social injustices often break long-held silences and bring to light the darker aspects of our collective past and present.

As for short, startling opinion pieces, Emile Zola’s ‘J’accuse’ (‘I accuse’), published in the daily press in 1898, as an open letter to the president of the Republic, is an extraordinary model of impassioned, powerful, effective writing in exposing a gross injustice. There have been times, recently, when I have been moved to follow that model – for instance, in writing an ‘I accuse’ in relation to the brutal human rights abuses now being perpetrated in the Manus Island detention against asylum seekers whose only crime has been to do what many of our own forbears did, seek a new life free of oppression and injustice.

Arnold Zable is an acclaimed writer, novelist and human rights advocate. His books include ‘Jewels and Ashes’, ‘The Fig Tree’, ‘Café Scheherazade’, ‘Scraps of Heaven’, ‘Sea of Many Returns’ and ‘Violin Lessons’. He is the author of numerous essays, columns, features and co-author of ‘Kan Yama Kan’, a play in which asylum seekers tell their stories. Long active in the Melbourne Centre of PEN International, and on a range of social justice issues, Arnold recently received the Voltaire prize for human rights advocacy and the advancement of freedom of expression.

Thanks to our friends at Writers Victoria for this post.